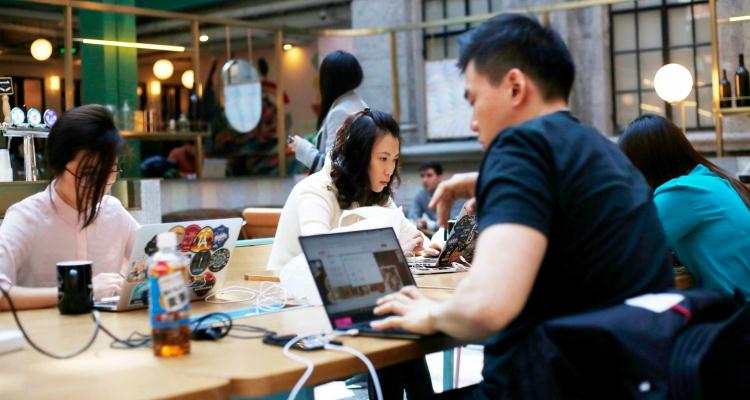 Intro: China is growing at a phenomenal rate and is one of the most exciting countries to do business in. If you’ve been attracted by the opportunities out East, you’ll want to make yourself familiar with some of China’s customs and get a feel for what life will be like when you get there.

You wouldn’t think it peering at their impressive skyscrapers, but China is surprisingly welded to its cultural traditions. Since personal relationships are so integral to doing business, you should put the effort into learning the cultural norms here if you want to get ahead.

The idea of showing respect to elders and business contacts and not doing anything to make someone ‘lose face’ is a massive part of Chinese society. You’ll have to be sensitive to how your actions could be interpreted as a lack of respect.

The Chinese often entertain business contacts at home. When you arrive, avoid presenting your host with an odd number of gifts (which equals loneliness and separation to them) and always try to avoid giving them gifts with associations with death (like a clock). Red, however, is a lucky colour so you can’t go wrong with a red gift.

Status is generally based on age in China rather that performance or position, so always be respectful to older colleagues. And since punctuality is so important in China, never be late to a meeting or dinner – especially with someone older than you as this would be considered massively disrespectful.

You won’t be alone

There are over one million foreigners living and working in China, so the country’s geared up to cater to British, European and American tastes. You’ll find familiar high street names like Marks & Spencer and the expat community in China is very close knit. Even so, try to mix with the locals and get to know the real China rather cocooning yourself in an expat-only bubble.

The most popular cities for expats to work in are Beijing, Hong Kong and Shangai, which are all booming right now. But you might want to stake a place out in up-and-coming cities like Nanjing, Chengdu and Wuhan as they’re growing too.

China is made of 22 different provinces, each of which has its own unique culinary identity, regional dialects and healthcare provisions.

You’ll be able to get basic medicines like Paracetamol over the counter, but it’s advisable to get health care insurance to cover you for more substantial treatments. Unlike countries in the European Economic Community, you won’t be eligible for the same state-funded healthcare.

One of the biggest health hazards in China’s busiest cities, like Shanghai, is the thick smog from the pollutants in their air. It’s wise to copy the locals and wear a protective mask (which you can pick up all over China) to shield your lungs from the worst of the pollution.

If you’re worried about your children’s education being disrupted, you may want to register them with an international school where they’ll follow a similar curriculum to the classes taught in Britain.

International schools in China often offer students the International Baccalaureate, but there are also schools which are staffed by expats from a particular country. The children enrolled in these international schools come from diverse backgrounds, so your kids will probably find the experience very enriching and enlightening while not having too much of a culture shock.

Many of your businesses contacts may speak English (English is the language of business in Shanghai and Hong Kong), but not all of them will. And most of the people you meet outside of work will probably have only a basic grasp (if that) of English.

Mandarin isn’t an easy language to learn, and foreigners can struggle with the multiple, nuanced meanings of words and pronunciations andalas. But it’s a good idea to start learning some basic Mandarin now to get by in everyday situations. You can also rely on apps like Google Translate to help you get by when you first get there.

Once you’re there, embrace the local food culture and try as many things as possible.

If you’re desperately homesick and craving some beans on toast or your favourite biscuit brand, there are lots of Western supermarkets like Carrefour and online shops like Expat Grocery or British Corner Shop. They stock expat favourites to keep you going, especially in the bigger cities that are used to welcoming foreigners.

But you should make an attempt to sample some of the local cuisine while you’re there, as it’s a great window into their fascinating culture. Every province has its distinct cuisine, so you’re likely to get hot and spicy food in Sichuan in the West and tuck into a hearty mutton noodle dish in the cooler northern parts of China.

Are you considering moving to China? If you’ve already taken the leap, how are you adjusting?